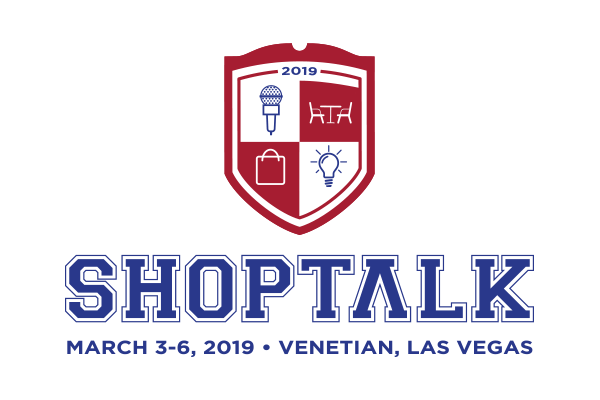 Cheer and growing in Las Vegas: a journey to Shoptalk to create the future of retail

As we sit in the afterglow of yet another great year of Shoptalk, we wanted to put proverbial pen to paper to some of the key themes that emerged over the three-plus days in Las Vegas. Shoptalk 2019’s theme was to “create the future of retail” which came on the heels of one of the industry’s strongest performances in 2018. With the future in mind, and while the proverbial sun was setting on the event, we overheard a small team’s chatter in one of the hallways which we thought captured what so many others feel having attended the event:

So, in the spirit of offering something tangible for teams to bring back, we did our best to synthesize three themes that stuck out to us from this year’s event: innovation, data, and physical retail.

Innovation: be wary of flailing fast
It would be hard to have a credible recap of the conference without discussing innovation as a central theme of the event given its slogan. While we mentioned it in our Day 1.5 recap, the opening day remark from Shoptalk’s Chief Global Content Officer, Zia Daniell Wigder, bears repeating: “companies are at risk of under rather than over innovating.” There were many references from panelists to “failing fast” and “failing forward” in relation to innovation. That said, if we are to acknowledge the changing retail landscape as well as how many retailers have closed their doors over the last five years, it’s worth taking an honest assessment of any company’s innovation efforts and whether flailing fast is more accurate than failing fast.

Building successful innovation in organizations is about creating systems that allow teams to incubate and develop new products or businesses with regularity. Some common impediments emerged that get in the way of successful innovation: misaligned time horizons, unclear organizational structure or empowerment, and not having a small, dedicated team to focus on new ideas.

So, what does successful innovation look like when the obstacles are removed? A comment that stuck out to us came from Brendan Cahill, a Vice President of Penguin Random House Labs, who noted that the success of innovation with a longer payoff period (Horizon 3 per McKinsey’s framework) is marked by the number of iterations and speed. A similar comment was echoed by Mark Raskin of Facebook who talked about how consumers change in 6 months so it’s critical to create a team that can face this reality.

What can we take away from these comments and insights? So much of innovation is about speed – something legacy retailers are not built to do. As teams think about innovation and a roadmap for value creation, it’s helpful to pause and think about how to create structure, align incentives and measures of success, as well as bring in the right talent to drive successful outcomes. Innovation is difficult and it’s worth considering how to remove as many obstacles as possible to avoid having teams flail in their pursuit of new opportunities.

Data: Gotta catch ‘em all
For those of a certain age, “gotta catch ‘em all” is synonymous with the pursuit of all the characters in the Pokémon universe. As many players found out, though, this was a fool-hearted pursuit and the slogan was just marketing genius to suck users into an unattainable goal. So, how does this relate to Shoptalk, you might ask? Well, the slogan of “gotta catch ‘em all” can now be applied to the retailers’ and brands’ quest to collect data points in the pursuit of better serving the customer.

Data is a strategic pillar for companies to both optimize their operations as well as gain a better understanding of the customer to personalize the shopping experience. Micky Onvural, the CEO of Bonobos, when asked what keeps her up at night answered succinctly, “people and data.” For her, data is a focus in relation to corralling and disseminating data across the organization so it’s accessible to all.

Like Pokémon, though, some data points are more valuable than others. To get the most value from data, teams can start with questions that they want to answer, or hypotheses they seek to test, and collect data points that provide answers. As an example, Ken Fenyo of Fuel by McKinsey, shared that his team had run analysis to consider the impact of closing a store which would have normally closed but then analyzed the store’s impact to online sales and subsequently advocated for keeping the store open. This is but one small example of how data and attribution of consumer behavior will have a significant impact on business decisions moving forward. Data will be key to creating the future of retail, but the application of insights is what will be the biggest opportunity for organizations.

Physical retail: What’s new is old and what’s old is new
Everyone at Shoptalk was talking about the hottest new trend in retail: the physical store. Legacy retailers were keen to show off their biggest assets – stores and front-line employees – and digitally native brands talked about their desire to expand into physical retail for continued growth. Since most consumers live in the real world, to “meet the customer where they are” means having some sort of physical presence to build a loyal following. As Rebecca Kaden of Union Square Partners asserts, most categories revert to the traditional channel over time so capturing short-term arbitrage on platforms doesn’t equate to long-term success.

To build a loyal following, retailers will need to think about how to optimize the experience for customers in the store and not just focus on sales in the four walls as the determinant of success. As retro as it sounds, stores act as a more efficient (and sticky) channel for customer acquisition. So, as social media platforms reach saturation and costs continue to increase physical retail will continue to grow in popularity. Several speakers talked about the importance of pop-up stores as central to the business strategy of testing new concepts or entering new markets. The optimized store experience will involve a holistic view of the customer informed by data and led by the art of retailing (as well as leadership!) In sum, to create the future of retail most companies will need to include something as old as retailing itself: the brick-and-mortar store.

Interested in learning more about how to take these insights back to your organization and apply them using practices employed by some of the most successful retailers and brands? Contact us at carlos@thenaviogroup.com for a complimentary 30-minute consultation.

Sexy is Out; Comfort is In

The Good, the Bad and the Ugly (of retail)