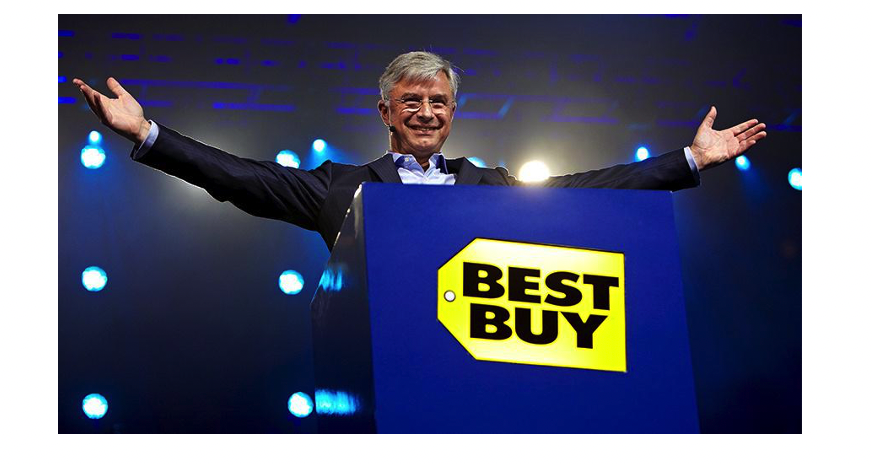 Can you explain why select retailers perform better than others over the long run?

Chances are you might struggle to articulate an answer to this question: chalk it up to a great customer experience and all the different variables that it entails or, perhaps for retailers that underperform, a steady decline over the years due to a series of poor decisions.

In the latter category, a retailer, like Sears, is a classic example of a company that went from a Fortune 500 ranking of 48 in 2010 to bankruptcy by 2018 – a swift decline in less than a decade for a storied retailer that lost its way with customers.

Customer experience aside, a leading indicator – or input – that defines long-term success for retailers is the willingness to invest in the business.

Our annual research at The Navio Group mirrors findings from past years that show how leading retailers tend to invest more than their peer set. Retailers that invest, through capital expenditures (CapEx), outperform the market as measured by revenue and stock price growth – a vote on business performance by investors.

What can we take away from the research? Applying the findings to turnaround scenarios is instructive.

Turnarounds: Focus on revenue with improved execution and investments in customer experience

Perhaps the greatest retail turnaround in recent memory was orchestrated by Hubert Joly at the helm of Best Buy. His appointment was roundly criticized by the press and investors alike at the time, but his turnaround of a struggling business is now a textbook example of how to reinvigorate a struggling consumer business.

So, how did Joly succeed?

According to Joly: “Turnaround success is not about taking cost out but about growing revenue right away.”

Among its many different initiatives during its “Renew Blue” turnaround, the company removed barriers to purchase for customers, such as price matching competitors, to ensure Best Buy would not be beat on price. While obvious perhaps in hindsight, margin deterioration was a major concern for retailers, such as Best Buy, affected by showrooming.

Best Buy also started shipping products to customers directly from stores – a novel concept at the time – and freed up cash through “non-salary costs” by working with vendors to reduce damages on shipped flat-screen TVs, for example.

Joly’s approach mirrors the findings from Harvard Business School’s research on companies that “roar out of recessions“: they focus on improved customer experience and deliver operational efficiency. Though Joly did not take the helm during an economic recession, the environment at Best Buy was similar to a recession (shrinking business and loss of customers), so it is interesting to note the same pattern of successful actions.

On the customer experience side, Best Buy also made significant investments in its stores through remodels and investing alongside vendors to develop “store within a store” concepts that are now ubiquitous for many large retailers. The company’s upgraded supply chain and technology enhancements drove improved customer experiences to simplify shopping. The long-term success of the company would not have happened without these critical investments.

Best Buy’s success underscores the importance of Hubert Joly’s commitment to investing in the business, including enhancements in operational efficiency, to gain rapid sales growth during his tenure as CEO.

Bed Bath & Beyond: Cautionary tale for focusing on margin during turnaround

In contrast to Hubert Joly’s turnaround at Best Buy stands Bed Bath & Beyond’s recent strategy which did not have the intended impact and resulted in a shakeup of the C-Suite.

Bed Bath & Beyond’s focus on private labels, while pivoting away from national brands, to improve the bottom line was a departure from Joly’s playbook for a retailer with lots of national brands.

Joly’s approach to focusing on sales growth to bring back customers, while partnering with vendors to co-invest in the business, is one that could still bear fruit at Bed Bath. Of note, Interim CEO Sue Gove recently decided to eliminate some of the private labels and move back to more national brands, signaling a similar sentiment.

Bed Bath’s prior strategy also included significant cash to repurchase shares; this financial outlay could have been an opportunity to fund CapEx initiatives to enhance the customer experience and accelerate further business investments. However, the share repurchases were a drain on resources as the organization recently signaled it is cash-strapped, presenting a challenge to further investments in the business.

The juxtaposition of Bed Bath with Best Buy is a distillation of two different retail turnaround outcomes, but the research and anecdotes point to similar conclusions. Retailers that choose to invest more in the business tend to see sustained long-term success, particularly related to revenue – a key indicator of consumer shopping preference.

What other takeaways do you draw from the data and these two recent turnaround case studies?

Groceryshop wrap-up: Three ingredients for success you can cart home

Decoding whether you should consider a micro-fulfillment center (MFC)